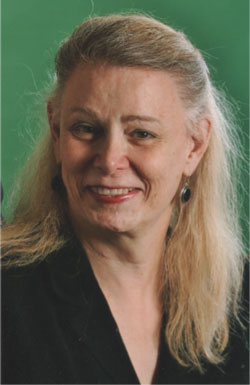 The path that Deirdre McCloskey ’60 has taken since Browne & Nichols might well be described as “the road less traveled,” but it is certainly a road that exemplifies the confidence and academic foundation that the School provides its graduates. In a recent interview, Deirdre shares some highlights of her journey:

“My father, a professor at Harvard, was worried about the quality of the Wakefield 8th grade and rushed me over to Browne & Nichols just in time to enroll. I loved B&N and flourished, though at first it was quite a shock to actually have to do homework! I thought of myself as a literary type, a bit of a poet, and was editor of The Spectator.

A well-known economist, historian, and rhetorician, Deirdre has written 17 books and 400 scholarly pieces on topics ranging from technical economics and statistical theory to transgender advocacy and the ethics of the bourgeois virtues. She readily credits her foundation in economic history to her B&N history teacher John Brisbois, and in literary economics, to her English teacher Hal Melcher.

To augment her regular support for BB&N’s annual giving program, Deirdre has chosen to include the School in her estate plans through a bequest of a portion of the proceeds from the eventual sale of her Chicago loft apartment. She notes, “BB&N, and especially the much less prosperous little B&N of my memories, deserves substantial support from its alumni/ae if it is to maintain the highest educational standards in the country. Independent schools like BB&N are pioneers of the best teaching and are worthy of our support.”