Using Philanthropy to Express Gratitude for Her Buckingham Education 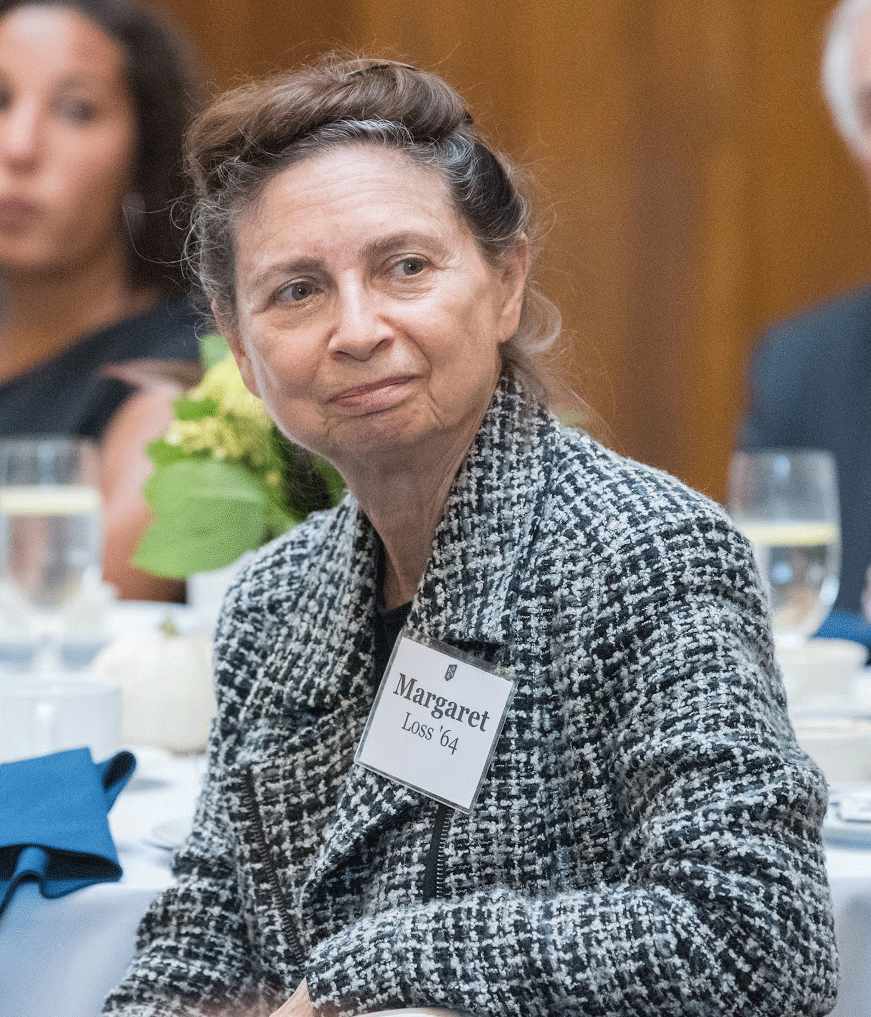 Margaret R. Loss '64 recently shared memories from her time as a student at Buckingham and its impact on her academic and professional career. I returned to Cambridge in 2008 after living and practicing law in Manhattan for 40 years. One of the first things I did to reconnect with people in Cambridge was to visit BB&N. It worked, of course.

“I have been on campus many times since then—to reunions, to Golden Alumni/ae Luncheons, to former Head of School Rebecca Upham’s farewell reception, and, memorably, to BB&N’s new Head of School Jennifer Price’s listening tour—and I have also hosted our Buckingham reunion dinner.

“The Buckingham I attended for high school was loosely associated with Browne & Nichols. I used to ride my bicycle from Sparks Street to Gerry’s Landing Road several times a week after class for studio art, especially ceramics, with Mrs. Sproull. Some concerts and plays were joint with B&N students; I especially remember singing in Carmina Burana and playing the wife in Le Bourgeois Gentilhomme. (My French was much better than my acting.) I have also often remembered Rowland Sturgis, whose excellent training helped me succeed as a member of the Radcliffe Choral Society and later as a lifelong choral singer.

“Our French maîtresses and Roberta Biery’s Latin classes contributed to a lifelong interest in Romance languages; Linguistics and Romance Languages was my concentration at Radcliffe and even helped me as a law student. My first class at the Yale Law School included texts in Anglo-Norman, the language of William the Conqueror. I was the only one (including the professor) who could translate them.

“I have made annual contributions to BB&N for many years. To continue that support, BB&N is also in my estate plan. I believe in giving back to institutions that have greatly helped and influenced me; they include Buckingham.”