Honoring his Superb Education Through Philanthropy 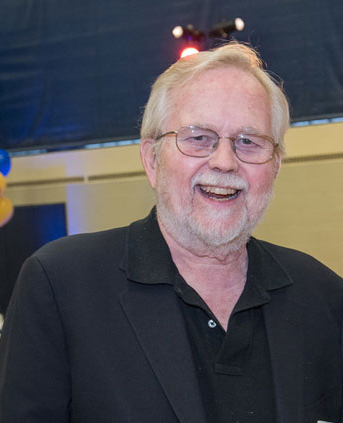 When Jim Donovan reflects on his 13-year education at Buckingham and Browne & Nichols, he recalls lifelong friendships, a superb education, and particularly the outstanding teachers who far surpassed those he had in college and graduate school.

Following his brother Andrew ’60 to Buckingham, their neighborhood school, as a kindergartener, Jim moved on to B&N’s Gerry’s Landing campus in fifth grade.  Among the teachers he recalls most fondly are history teacher John Brisbois and English teacher Hal Melcher, both of whom had a profound influence on his life and career. As Jim reflected, “I wouldn’t be where or who I am today, without these teachers;” and as he noted in a recent remembrance of Brisbois,

“John didn't focus as much on who, where, and when. He beckoned us to scramble toward ‘why?’ A psychologist now, every week—sometimes every day—I ask myself what  piece have I left out from my analysis that will deepen my thinking so that I can finally understand what lies beneath, using the methods that John offered us continually, long ago.”

Jim remains a devoted BB&N alumnus and a regular attendee at Reunion Weekends, leading the popular Bird and Flower Walk on Saturday morning with Mark DeVoto ’57. His deep connection with the School is also rooted in his lifelong friendship with classmate Jack Hardy ’61 and wife Margaret Hardy ’61, Middle School language teacher until her retirement last year. Their senior year, Jack, Margaret, and Jim were all in the French play Antigone, directed by B&N French teacher Claude Levy, and it was in the weeks after the play that Jack and Margaret got together.

Jim’s BB&N legacy extends to his son Brian ‘96, whose career was launched on the BB&N stage under the direction of Mark Lindberg. After a brief time as an actor, Brian is now a television script writer in Los Angeles. Seeing BB&N through the lens of his son’s experience, Jim finds that a strength of the School today is that both boys and girls, whether athletes, artists, scholars, or all three, have equal value and recognition.

Over the years, Jim has been a loyal and generous donor to The BB&N Fund and also to the Middle School Renovation Project in honor of Margaret Hardy. A number of years ago, he also notified the School that he had made provisions for BB&N in his estate which he has designated for financial aid, and for which Jim is recognized as a member of The Almy Society.

For more information about The Almy Society and opportunities to include BB&N in your estate plans, contact Roger Fussa at 617-800-2722 or rfussa@bbns.org, or visit giftplanning.bbns.org.